The first time they collide, he thinks she’s a con artist, she believes he’s an arrogant snob.
It takes several meetings to change their minds about each other, but eventually, Abhimanyu and Sanjana strike up a friendship that seems destined to turn into something more. He’s a rich successful businessman, however, and she’s a small-town girl who doesn’t fit into his glittering world; a fact that Abhimanyu’s mother has taken pains to point out.
Will they ever overcome the odds, or are their lives on parallel tracks, never destined to cross?
Review:
Against all Odds is a typical ‘rich-guy-falls-for-the-small-town-girl’ tale. Meet Sanjana and Abhi- our central characters of the story! Sanjana is from a small town- Kasauli, who is struggling to find a place of her own being an Interior Designer in Delhi. Whereas, Abhimanyu is a successful businessman who is from a wealthy family. The duo meet at the unexpected of the situations and he thinks of her as a con artist and she feels as if he is an arrogant stiff neck.
After a series of further encounters, they eventually fall in love. But Abhimanyu’s mother dislikes their coming together, leaving Sanjana perplexed and deciding to disappear from Abhi’s life.
Will their love be able to make it through the test of time? Will they be able to overcome all odds?
The author has portrayed the characters realistic and the chemistry between Sanjana and Abhimanyu is sizzling. The emotions are dramatically described making it an enjoyable read. There are few interesting twists and turns, but it failed to give the desired punch. The climax was a little too predictable resulting in a cliched and typical Bollywood movie plot.
Overall, it’s a light romantic read which can be picked up over a cup of coffee!
I give a 3 on 5.

Dear Readers,Jazz Singh is one of the most elusive writers I have met. Sorespecting her need for privacy we have not asked her for a profile picture or a writeup. Long back, when I had first interacted with her.. I had asked her the reason behind this. Her answer was… I wantto be known for my work. All I can say to that is… She will be…Regards,

You can stalk her @

This Tour is Hosted by

Shalini is an IT Analyst by profession, avid blogger by passion and a nomad by choice. She is a proud Army Wife, a trained classical dancer, and an aspiring YouTuber. Her ardent love for books, food, and travel brought her to the blogging world. She also blogs at Something's Cooking. When she is not cooking up a storm or writing her heart out, she can be found with her nose buried in a book and her Golden Retriever Mufasa, resting his face on her lap. 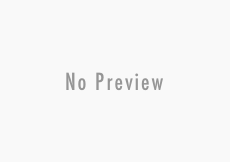 All About Books AtoZChallenge Book Review

Shalini is a proud Army wife whose love for books, travel, photography, movies, and musings brought her to the blogging world. A passionate blogger of 7 years, she is also a food blogger (Something’s Cooking) and an aspiring YouTuber. Shalini’s idea of me-time includes getting lost in the magical world of books or binge-watching shows while her Golden Retriever Mufasa rests his face on her lap.

No Intention to Spam You!